Why is the Holocaust significant to the American experience in the Second World War? A young soldier in the 4th Armored Division that liberated the Ohrdruf concentration camp (Germany) had the simple answer when he recalled that day as he entered  the camp. "Eisenhower wanted all available soldiers to see why we were fighting here".

A holocaust describes the intentional, catastrophic destruction of a segment of a population. This practice of mass murder, has been a scourge of mankind that began well before recorded history. The systematic,  irreparable destruction inflicted on a specific group of people reached its pinnacle in the 20th century, and its devastation was manifest on three continents. The motivation for genocide was deeply rooted in the psyche of the leader of the Third Reich, Adolph Hitler, and  predated his rise to power.(1933-1945).

He rose to power with an attractive populist message that struck a chord with Germans whose economic struggles in the aftermath of World War 1 (1914-1918) had left their nation impoverished and impotent on the world stage. Hitler was a charismatic speaker and appealed to his audience by stressing the inherent greatness of the "pure German" and the source that weakened their Aryan blood, the Jew in their midst.

This timeline targets the facts that particularly affected the Jewish population in Germany and in the lands that the Germans occupied in World War 2. We are cognizant that the destruction wreaked on other non Jewish victims would fall within the meaning of "holocaust" (Greek for burning), but the Hebrew "shoah" (catastrophe) points directly to an overarching plan to extinguish Jewish ethnicity. Pope Francis referred to the "shoah" during his historic trip to Israel in 2014 when he met with the few living survivors of  the 6 million Jewish dead.

In the case of the non-Jewish victims, many of their deaths were random acts of violence albeit sanctioned by the Nazi government. We note, with sadness, that the victimization of Romani (gypsies) and homosexuals were not ad hoc but also pursuant to a liquidation program.. Our double timeline, one within another,  provides the reader with an immediate linear view of significant events that follow the date of inception..

Six million  murders is a dispassionate summation of the length and breadth  of the  disaster. This timeline attempts to breakdown that number into its component parts and thereby add a human dimension. Most of the seemingly endless dates represents the imminent death of another innocent victim(s), and with few exceptions, potentially affected the lives of all European Jews. 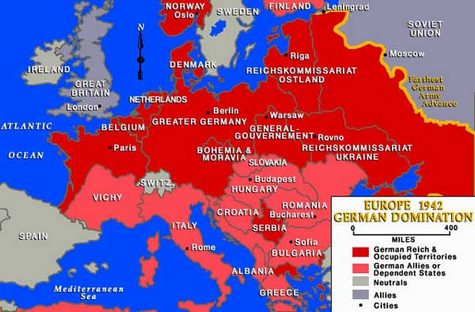