The year was 1941, and the blood bath in Europe finally reached American shores. The belligerents,  the Allied powers and the German Tripartite nations, no longer believed in a short war.

The early Nazi euphoria over their quick victories against weaker nations was gradually replaced with the realization that they were engaged in a war on multiple fronts facing much stiffer resistance. Their Italian ally proved ineffective in the Balkans and on the African continent, and it required German forces to replace them.

The German hopes for victory were further clouded when their Japanese ally attacked the United States, and it added the American war machine to the war.

January 5: British and Australian troops began the offensive to remove the Italian army from North Africa. They crossed the Libyan desert to attack an Italian stronghold in Libya. In four days they captured Bardia, an important port on the Mediterranean Sea, along with 38,000 Italian prisoners.

January 10: Portsmouth, south English coast, pounded by German planes and leave 25 dead to be buried in a common grave. 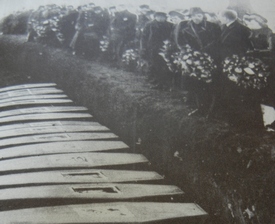 50 miles from the Egyptian border and the door to the Suez Canal.

In one day, Allied forces captured the city and took 20,000 Italian prisoners. 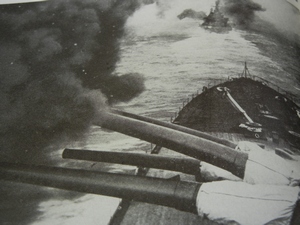 March 1: Germans force Bulgaria with threat of invasion to join them against Allies. 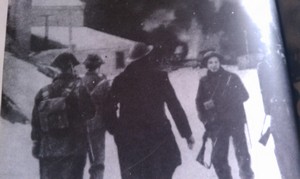 March 11: President Roosevelt signs Bill empowering the sale, lease or lend arms to Allies. The aid ranged from $4,000 to Iraq to $31,000,000,000 to Great Britain and Commonwealth countries. 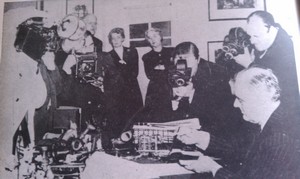 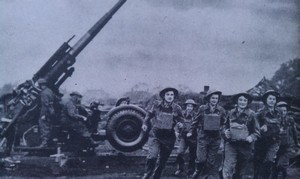 April :  In the horn of Africa, the Allies have greater success as South African ally ousts Italians from Abyssinia (Ethiopia) capital after 5 years of Italian dictatorship. But Germans are not deterred as they invade Yugoslavia and Greece to cover Italian failures. Hungary forced to support Axis forces. Between April 17-20 both Yugoslavia and Greece surrender. Athens is occupied April 27. 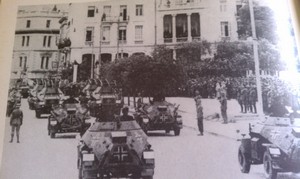 May 11:Rudolph Hess, number 2 in Nazi hierarchy, escapes Germany and crashes near Glasgow, Scotland and becomes prisoner of war. 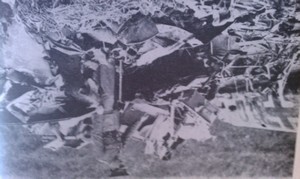 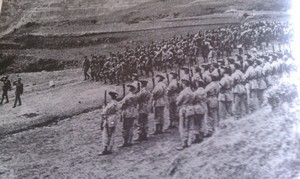 H.M.S. Hood (left on horizon) shortly before being sunk in the North Atlantic. In an "epic chase of revenge", British sink largest German battle ship, Bismark, on May 27. 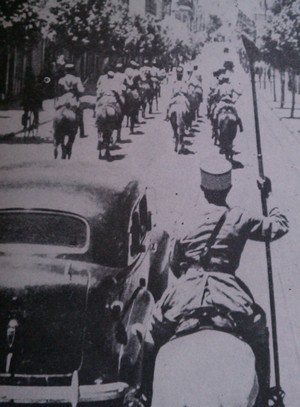 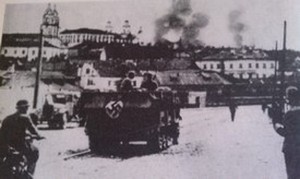 July 9: Treaty signed by Soviets and Britain in London aimed at Germany. 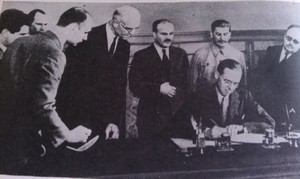 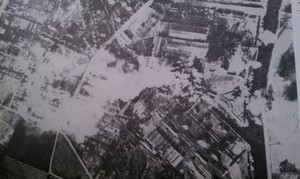 July 25: British anticipate Japanese aggression on their Asian colony of Malaya and reinforce defenses there. 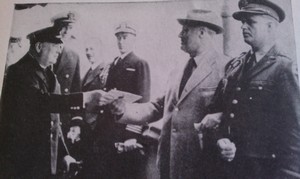 August 25: British and Russian troops insure Iranian oil supply will not fall into the hands of Germany and depose Shah's pro-Nazi government. 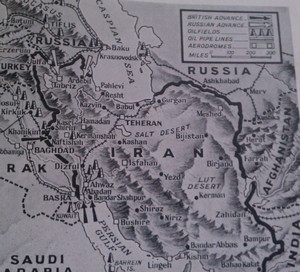 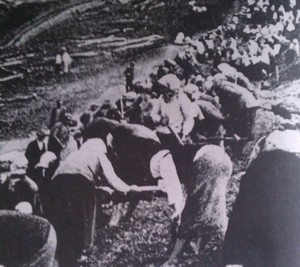 September 19: Russians use "scorched earth' tactic and burn Kiev before abandoning it to Germans. 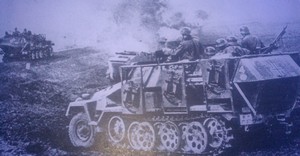 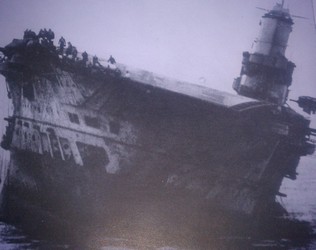 December 7 and December 22: Japanese strike Pearl Harbor and then declare war. Japan invades Philippines and met by American guns on Corregidor in Manila Bay and surrender on May 6. 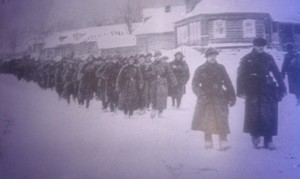 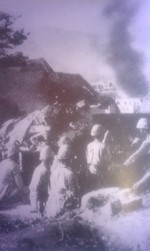 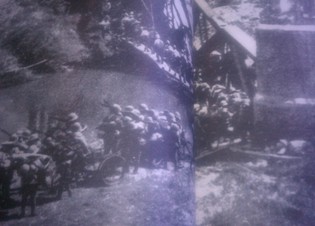 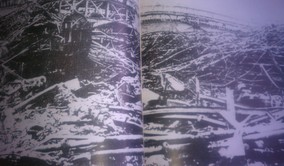 April: In the Philippines, Bataan death march begins with many American deaths along the route caused by barbaric treatment from Japanese captors. 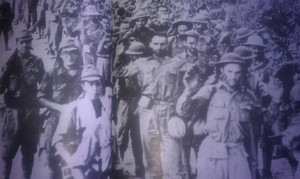 April 18: Lt.Col. James Doolittle and his B-25 squadron of crewmen rescued by Chinese ally after running out of fuel subsequent to bombing Tokyo. 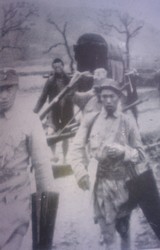 May 26-31: Germans repulsed at Tobruk, Lybia only to fall on June 18 before the overwhelming numbers of the Africa Korps led by General Erwin Rommel. 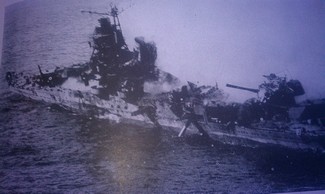 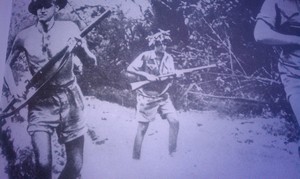 August 8: On Guadalcanal beach, Japanese option to surrender was suicide (hari kari). Americans do not pacify island until February 10, 1943. 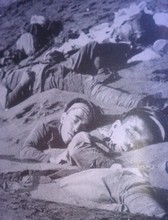 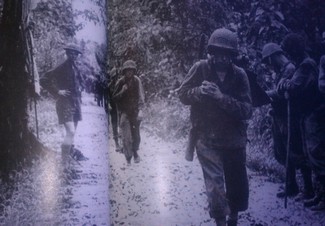 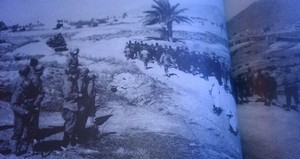 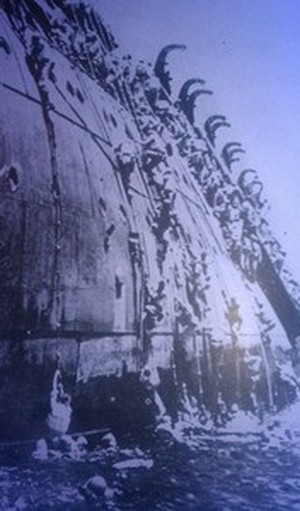